Vulnerable Groups in the Conflict Trap

Results of a field trip to Haiti 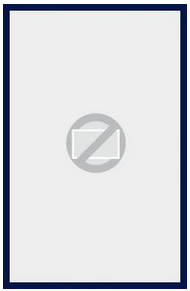 This report is based on evidence from the ?eld gathered in Haiti in July-August 2008, as well as original analysis of recent household survey data on violence against women. Based on a combination of the heuristic and statistical evidence, it proposes a series of policy responses that are sometimes at odds with existing approaches. For children, I propose: (i) strengthening NGO-based programs designed to get young o?enders back to their families, back to school and, if possible, back to the countryside; (ii) this should be part and parcel of a concerted focus on rural development designed to stem the ?ood of rural migrants to the urban slums; (iii) target programs at the individual level while by-passing government authorities; while this may be contrary to the Paris Declaration in terms of the form taken by development assistance, it is the only realistic manner of getting things done in Haiti; (iv) ensure that adequate local capacity in terms of community-based organizers is developed; the binding constraint is not just funds but the lack of slum-based social workers who enjoy the trust of the local population. For women, I propose that priority should be given to: (i) improving the access by women to legal infrastructure (such as functioning courts) and to NGO-run public 1health facilities; (ii) focusing additional resources outside of the Port-au-Prince region (on the Artibonite and Centre regions in particular) since this is where the greatest payo? are likely to obtain; (iii) fostering generalized public information campaigns since violence against women does not appear to be con?ned to any particular social stratum of Haitian society; (iv) largely by-passing the Haitian state: NGOs appear to have had what little success there is to be seen in dealing with violence against women.